Scaling from Leaves to Roots to Ecosystems and Landscapes 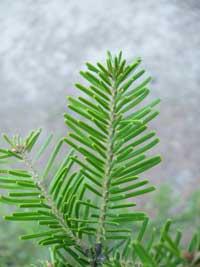 Scaling of respiratory metabolism to body size in animals is thought to be a fundamental law of nature, and considerable evidence has been reported for an approximate (3/4)-power relation. Some studies suggest that plant respiratory metabolism scales likewise, and that similar rules govern both higher plant and animal scaling. Although numerous theories have tried to explain universal scaling laws, they are all extremely controversial.

Our research suggests that plants and animals not only follow different metabolic scaling relationships, but also are driven by different mechanisms. We find that whole-plant respiration rates scale approximately isometrically in relation to total plant nitrogen (Reich et al. 2006, Nature), with no general relationship with plant mass, and the scaling is unaffected by light variation, nitrogen availability, temperature, and atmospheric [CO2]. However, before a general unifying allometric theory for plant biology can be accepted, much more work is needed. Moreover, recent work combining our plant data with data on numerous other taxa shows that there is no universal scaling law across the animal kingdom either, and instead, that there may be a relatively narrow range of metabolic rate across all life forms, suggesting some kind of metabolic optimum (Makarieva et al. 2008, PNAS).